As Told By Ginger Wiki
Register
Don't have an account?
Sign In
Advertisement
in: Characters, The Patterson Family, Ms. Zorski's Homeroom Class,
and 2 more

Bradley Pierce (in The Party only)

Darren lives next door to Ginger and has done since the two were small children. As such, Ginger trusts him just as much as she does Dodie and Macie. Darren is calm, reliable and down to earth though his popularity suffers because of the embarrassing and unwieldy orthodontia. When his headgear is finally removed, Darren instantly became more attractive and popular to his fellow classmates. As a result Darren briefly dates Miranda, though he ultimately declares his love for Ginger when she goes away for a semester at Avalanche Arts Academy in Far From Home and they become a couple. Their relationship suffers; when they enter high school, Darren ends up getting together with an older cheerleader named Simone (although he ultimately regrets this). Heartbroken, Ginger decides to cut Darren out of her life entirely.

However in the series finale, though Darren and Simone are shown to still be dating, a sneak peek into the future shows Darren holding an infant daughter who looks like the baby-version of Ginger (albeit with a slightly darker skin tone). This indicates that Ginger and Darren made up and ultimately got back together.

Unlike his father and brother, Will, who are both loud, tough, and into sports, Darren is considered kinder and softer.

Darren, like Dodie and Macie, had some major changes made to his appearance after the pilot aired. Darren originally had pale skin and purple hair and orthodontic headgear that squeaked. Due to complaints that the squeaking was annoying and distracting; however, the show's staff decided against it. His physical appearance was also changed - Darren was given brown hair and darker skin.

Mrs. Patterson: He has a good relationship with her. He‘s more her in terms of attitude and personality.

Mr. Patterson: He often puts Darren in headlock which he isn't a fan of. He was there to drop Darren off at Spengler Military Academy in Season of Caprice. He convinced Darren the he attended the camp at his age.

Will Patterson: He picks on Darren a lot. He does love his brother though. In The Wedding Frame, he tried his best when Darren asked him what he should do after getting a wedding invite from the Foutleys.

Ginger Foutley: At the end of part 3 in The Wedding Frame, they’re seen with a daughter as Darren points to her in the audience.

Sophia Foutley: She’s seen with Darren at the end of The Wedding Frame. She looks healthy and has good parents.

Ginger Foutley: He has been friends with her since they were kids. They live right next door to each other. He and Ginger are there for each other through thick and thin.

Dodie Bishop: The two of them are good friends. In The Easter Ham, he had to confront her after she wanted his birthday party canceled. They eventually came to a compromise and they party went on. In Kiss Today Goodbye, she wrote Darren a letter telling him to tell Ginger about Simone.

Macie Lightfoot: He is good friends with her. They get along well with each other. The interactions between are frequent, but it's clear that they have a good relationship.

Ms. Zorski: He‘s in her homeroom drama class. They don't interact very much. He is a good student in her class. In I Spy a Witch, he helped backstage with the school play such as pulling up the curtains.

Mr. Cilia: He’s in his chemistry class. Their interactions are rare, but it's clear that he follows the rules and does his work as seen in The 'A' Ticket.

Ginger Foutley: They started dating after the events in part 3 of Far From Home. They became so close to the point where Mipsy and Miranda convinced Macie and Dodie to help break them up in Wicked Game. The two of them found out about it leaving Macie and Dodie feeling really bad. Darren broke up with Ginger in A Lesson in Tightropes after he decided to be with Simone. After many years passed, the two of them are seen in the epilogue of The Wedding Frame. They married and had a daughter.

Simone: He pursued a relationship with her after breaking up with Ginger. He had his eye on her since he joined the football team. They had good chemistry and he felt like she supported him more than Ginger. Some time after part 3 of The Wedding Frame, they ended their relationship.

​​Miranda Killgallen: ​​​He had a short relationship with her. They hit it off at Spengler Military Academy when they were being pushed by her father. In Never Can Say Goodbye, they became a couple but it didn't last long after they couldn't make time for Ginger and Courtney.

Carl Foutley & Hoodsey Bishop: He gets along with them well. In Kiss and Make-up, he bailed out Blake after finding out that Carl was using him to do things for him so he wouldn't tell anyone about his blanket. In An "Even Steven" Holiday Special, he was with them when Carl plugged in a peeing reindeer decoration.

Dwayne Cochran: He had a nice chat with Darren in Far From Home. Darren asked him when he knew he was in love. They appear to be good friends. 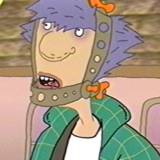 'Of Lice and Friends' 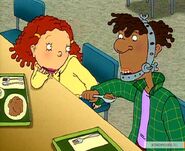 'An 'Even Steven' Holiday'

'Piece of My Heart' 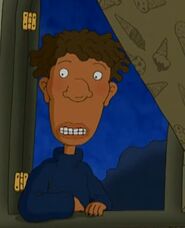 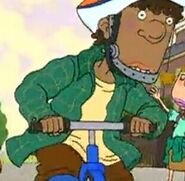 Darren in the theme song