View source
watch 01:54
Obi-Wan Finale - The Loop
Do you like this video?
Play Sound

Carol Millican
Come Back Little Seal Girl is the twelfth episode of the first season which was broadcast on February 11, 2001.

Ginger, Dodie, and Macie agree on doing a skit devoted to The Little Seal Girl, their childhood hero, for the school talent show. Ginger and Dodie, however, quickly become convinced that it's too juvenile and back out. Macie feels betrayed and goes solo. Meanwhile, Carl touches a mummified hand of his teacher's that is supposedly cursed.

It's time for the annual Lucky Junior High talent show and Dodie really wants she, Ginger and Macie to win. They decide to stick with tradition and do their Little Seal Girl act but it's not long before word gets out and the popular girls start making fun of it. Ginger and Dodie think it may be too immature to perform and want to change acts but Macie has her heart set on doing the original act. Carl is fascinated by the mummified hand Mrs. Gordon brings to class.

(In the middle of Macie's performance...) Courtney: Miranda, is it me, or is there something terribly endearing about her?

Ginger: Break a leg, Courtney.
Miranda: Ha, you wish.
Courtney: So how come your not in the talent show, Ginger? I thought it was a "B-L-T."
Ginger: It's kind of a long story, but I guess the reason is pretty silly.

Dodie: When Courtney sees just how great our act is, she'll understand this BFT is a really special one and she'll forget all about being mad at you.
Ginger: You really think so?
Macie: Nope, but denial can be a great healer.

Dodie and Ginger: (waving their hands with fins on them) Cha!
Courtney: I'm feeling a very unfamiliar emotion again, Miranda.
Miranda: I think you may be embarrassed for them. I know I am.

Macie: Do I look like a girl who's concerned with what's cool? 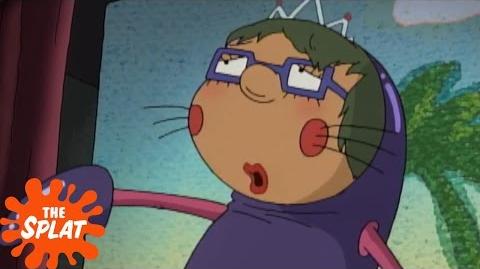 Little Seal Girl As Told By Ginger The Splat 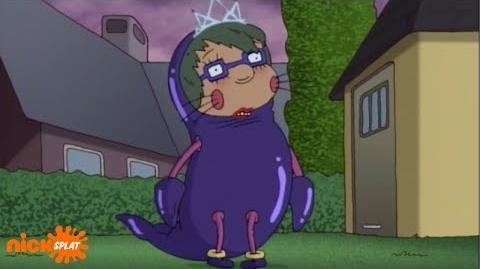 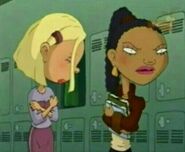 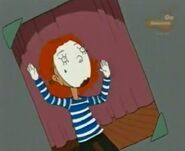 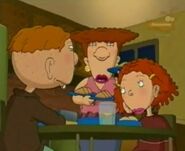 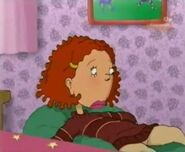 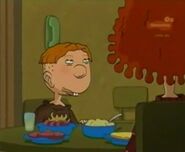 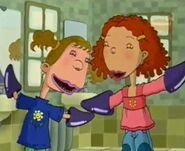 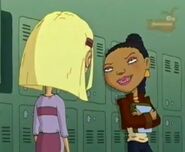 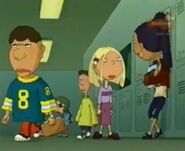 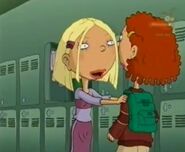 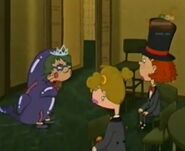